It appears for first time in the 69th episode, Coconut Cliffs. The first level in which it is featured is Level 1011.

Unlike the original game, this blocker appeared very early.

Its first appearance is in Level 406 alongside liquorice canes. They behave the same as in the original game.

It appears for the first time in episode 42, Soda Salon. The first level with this blocker is level 601. Candy Cane Curls are introduced in episode 47, Peppermint Pagoda and they first appear at level 676. They may have more than 3 layers in later episodes (4 or 5).

Furthermore, there are a few more variants of candy canes planned: Blue Candy Canes which can fall down with candies (but still block matches made across them and block swapping of elements through them) and Candy Cane Wreaths which are destructible variants of blue canes. However, these will be introduced after level 1000.

There are three types of candy cane fence:

There will also be a new type of candy cane, called "Candy Cane Wreath", pictured. It has up to three layers and is not immune to gravity, meaning that the element within moves with the candy cane wreath (the candy cane wreath can cause any element it surrounds to move with it). They always come in squares that are joined together to surround a 1x1 space. Unlike candy cane curls, hitting one side of a candy cane wreath will damage the whole blocker, as opposed to only the side that was hit. However, candy cane wreaths can only be damaged by special candies.

In other fanons, this blocker is replaced by licorice canes, because the candy cane fence appeared later. Licorice canes are very similar to candy cane fences, except that they can block special candies' effect including wrapped candies, and do not block matches that the canes involve. 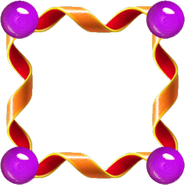 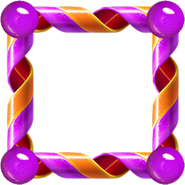 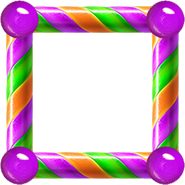 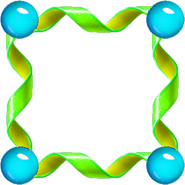 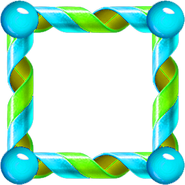 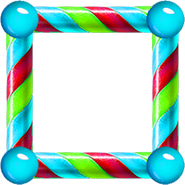 Candy Cane Wreath Corner
Add a photo to this gallery
Retrieved from "https://candy-crush-saga-fanon.fandom.com/wiki/Candy_Cane_Fence?oldid=134095"
Community content is available under CC-BY-SA unless otherwise noted.